The JEDEC Distinguished Executive Leadership Award honors the most distinguished senior executives in the electronics industry who have promoted and supported the advancement of JEDEC standards. These leaders are the true pacesetters of the industry through the companies they build and the teams they lead.  Recipients of the JEDEC Distinguished Executive Leadership Award are making the industry better through their long-term support for JEDEC participation at both the strategic and managerial levels of open standards development.

Dr. Howard Yang is co-founder, Chairman and CEO of Montage Technology (688008.SH). Dr. Yang has been involved in JEDEC standards for virtually all of his 25+ years of semiconductor industry experience. Montage joined JEDEC shortly after it was founded in 2004 with Dr. Yang initially attending the JEDEC meetings. As JEDEC attempted to become more involved in China, it was Dr. Yang who provided the connections to press and industry to attend JEDEC’s first Server Forum in China where he provided the keynote in Chinese. Dr. Yang’s knowledge of Chinese culture and connections with senior government officials were critical to JEDEC standards becoming more widespread in China. Many of JEDEC’s newest members are a direct result of those early connections enabled by Dr. Yang.

Dr. Yang and Montage are active, pioneering contributors to JEDEC memory products, consistently delivering the lowest power logic devices for DDR2, DDR3 and DDR4, motivating other companies to develop ever lower power devices as well. Montage currently supports three JEDEC committee Chairmen in Memory and Memory Logic. Even though Dr. Yang is chief executive of Montage, he continues to be engaged at the engineering level. His pioneering low power technology is the foundation for Montage products. Dr. Yang is also an inventor of the original 1 + 9 module architecture that has enabled high density JEDEC standard DDR4 modules and is the foundation for the upcoming JEDEC standard DDR5 memory modules as well.

Dr. Yang is a visiting professor at Hong Kong University of Science and Technology and Shanghai Jiaotong University. He is an IEEE Fellow and a recipient of several awards including 2002 IEEE CAS Industrial Pioneer Award as well as the 2011 and 2003 Magnolia Award from Shanghai among others. 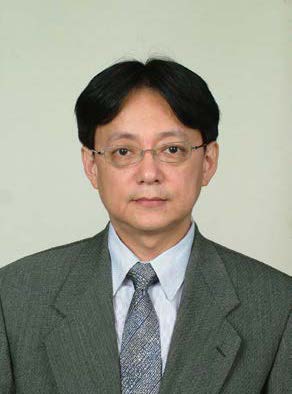